The perils of agriculture 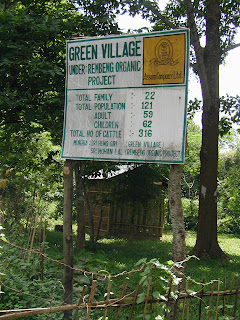 We sometimes forget how dependent we are on the weather. How out of our control it is. This year, the regions of Assam and Darjeeling in northern India experienced a devastating, lingering drought, described by many as the worst in their living memory. It has played havoc with our Spring purchases. In fact, the organic garden in Assam that is our stock in trade, Rembeng, is unable to supply us leaf for several months and they served official notice to that effect. Our own garden, Makaibari, had a very late First Flush with none of the pronounced lightness we've come to associate with the early season plucking.

We've been scrambling to fill our Assam void with leaf from other gardens, to the degree that it is available. There aren't that many organic Assams to start off with so this is not an easy task. So the next time you pour a cup of Darjeeling or Assam, don't take it for granted.
Recent Articles
January is Hot Tea Month - Pour a Cup!
January – a time for new beginnings, a fresh healthy start – perfect for National Hot Tea Month. It’s cold...
SILVER TIPS SURVEY: We Asked For Your Feedback - The Results Are In!
we asked you .... some of what we found didnt' surprise us, but all will help build a better website...
We Want Your Feedback - Take our Survey!
Give us your feedback and we'll give you $5.00 for your time! Your feedback helps us improve and design programs based...
Our Cup Runneth Over...
Thank you, Judy.  You made our day! And we are grateful that we are able to stay open and be...
TAGS